The high school (John Oliver) would not give any credit for the nine months of grade twelve previously covered the year before, so Danny had to do grade twelve over again, finally graduating in 1959. But the travel bug had bit hard and the summer following graduation he hitchhiked to Terrace to join his brother Randy where he was working on the green chain at a portable logging mill. The idea was to work to make enough money to begin travelling in Europe again. Working on the green chain was hard work and when an opportunity came up to go to Saskatchewan with another friend, Danny took it. They hitchhiked to Belle Plain near Moose Jaw and worked for a farmer for the entire summer making about two hundred dollars, enough to buy passage on a ship from Montreal to England. Leaving his friend behind he again hitchhiked all the way to Montreal and bought the boat ticket in U.S. funds which gave him a needed extra eight Canadian dollars, the Canadian dollar being higher than the U.S. dollar at the time. He was able to stay four days in Montreal and see some of the sites there before he sailed to South Hampton, England. 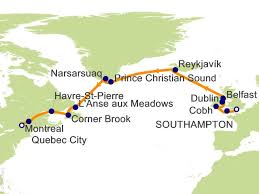 By the time he bought a train ticket to get to London he only had ten schillings left in his pocket. Arriving in London he had to be resourceful to keep the lit

tle money he had left, so he went to a 24-hour movie theatre and slept there for the night. The next day he went to the Canadian High Commission and got the name of a Scottish lady (Mrs. Meeks) who took in foreign students. She accepted five shillings as a down payment on the weeks rent, with the remaining five schillings due by the end of the week. Now he needed a job, and was able to find one at Galleries LaFayette. This job allowed him to eat breakfast and lunch free as long as he worked in the canteen and by doing so managed to eat enough to keep himself from starving. After working for three days he asked his boss Monsieur Nonin for an advance and received three days pay of three pounds. He paid Mrs. Meeks the five shillings he owed her and felt rich with the money he had left over!

2 comments on “The Adventure Continues”